Reverend Eugene McGraw was born in Falmouth, Indiana in 1909 to Oliver McGraw and Ina Kerschner and was the eldest of four boys. As a small-town farm boy, “Mac” (as he was fondly known in Malaya) became a missionary and educator and spent 35 years as principal of various Methodist schools here.

He attended the Centerville High School in Indiana and loved all things mechanical. He put his hobby of building radios to good use and sold them to his school friends for a profit. He was a man of many talents which came in handy during his time in Malaya and he had a life-long love affair with cars. In college, he earned money repairing cars and typing papers for other students as he was known to be a speed fiend on an old manual typewriter. McGraw studied German, Latin, Greek, Mandarin, the Foochow dialect and was also fluent in Malay.

He graduated from Earlham College, Indiana in 1933 with a major in physics and Bible Studies and obtained his theology degree from the Oberlin School of Theology in Ohio.

His first job as a pastor was in 1935 at the Methodist Church in Mount Comfort, Indiana. But the small church lacked funds and could not pay him the small salary that he had been promised.[1]So after a year, he packed his suitcase and homemade wooden toolbox of electric meters, soldering iron, drill and screwdrivers and boarded a train to California, then a cargo ship to the Philippines, Indonesia and Singapore. From Singapore, he took a train and arrived in Malaya in July 1936 where he became a teacher at the Methodist Boys’ School (MBS) Kuala Lumpur. Reverend Preston L. Peach, the principal, met him at the station and was greatly amused to see him get off the train with a suitcase in one hand and his tool box in the other. The next morning he started teaching and, that afternoon, he was fixing the hydraulic ram pump at the Methodist Girls’ Hostel.

In October 1937, McGraw was sent to Anglo-Chinese School (ACS) Sitiawan as acting principal until the replacement for Reverend Douglas Coole, who was going on furlough, arrived. However, Bishop Edwin F. Lee subsequently decided to appoint McGraw as principal while Cooles and his replacement, Paul Schmucker, were sent to Kampar. Thus, McGraw became not only a school teacher and principal but also a missionary to several Chinese Methodist churches and had to learn the Foochow dialect. In 1939, Bishop Lee also appointed McGraw as pastor of the Taiping Methodist Church where he had to spend his weekends.

Soon after McGraw settled in Sitiawan, he started a monthly English worship service at the Tamil Methodist Church in Simpang Ampat which continued even after he was appointed pastor of Wesley Church, Taiping. The old one-storey wooden Tamil church with a parsonage was demolished in 1941 to make way for a British aerodrome but church members managed to salvage the pews and church bell.

McGraw also completed the construction of the ACS Sitiawan old school hall in 1938 and concerts were held to raise funds to buy a new piano for the hall. Three new classrooms were built with donations from the teachers and public. He was a very proactive handyman. When the school was flooded, he would go out in the rain to study the drainage system and find a solution to the flooding. He also introduced printing and carpentry as extra-curricular activities. To help over-aged students who could not be admitted to ACS, he started the Anglo-Chinese Continuation School (ACCS) which later became known as the Methodist Afternoon School (MAS).

He was also a caring principal. Once, when he saw a barefoot pupil walking with a swollen foot, he immediately took him to the Lumut Hospital in his car for treatment. This pupil was none other than Dato’ Richard Ho Ung Hun, who later became the Minister of Labour in Malaysia.

McGraw was due to go on his first furlough in 1940 but Bishop Lee was unable to grant him leave. The arrival of three young missionary ladies from the Woman’s Foreign Missionary Society (WFMS) in December 1939 soon changed the course of events. Bishop Lee sent one of them, Louise Leonard, to teach at the Lady Treacher Girls’ School in Taiping and as an organist in Taiping Methodist Church where McGraw was pastor. Six years younger than McGraw, Louise was born on July 24, 1915 and her ancestry could be traced back to the Pilgrims who landed in Plymouth, America in 1620.

Love blossomed as Louise and McGraw began working together in the church and by mid-1940, he had lost interest in his furlough. The couple announced their engagement in December that year and were married in Taiping Methodist Church on August 11, 1941. They moved to their new home in Sitiawan on December 3, 1941, just days before Pearl Harbour was bombed. The couple were driving to Singapore for the annual conference of the Methodist Church when they were stopped by police at Bruas, 20 miles from Sitiawan, and told to turn back because the Japanese had attacked Singapore on the same day they bombed Pearl Harbour. A few days later, the British military ordered them to leave Sitiawan immediately.

The McGraws fled on a cargo ship loaded with rubber bound for America. For six months, they travelled as refugees, stopping in Indonesia and Australia along the way. While they were on-shore near Padang, off Sumatra, Japanese planes bombed and set fire to their ship. McGraw managed to board the ship to retrieve some clothes and his prized camera. They finally arrived in San Francisco on Easter Sunday, 1942. Back home, McGraw studied social work at the University of Southern California, Los Angeles, and became a certified social worker in 1945.

After the war, McGraw went to serve in Sibu, Sarawak in 1947 as pastor of the Methodist school and district superintendent for five years. Following their furlough, the McGraws returned to Sitiawan towards the end of 1952. At the close of the Malaya Annual Conference of the Methodist Church, McGraw was appointed missionary of the Sitiawan District and principal of ACS Sitiawan.

He retired in 1971 and returned to his hometown of Centerville. The McGraws continued to do God’s work in their hometown church. McGraw gave talks on missions and Malaysia in churches, taught Sunday school, sang in the choir and was chairman of the church finance committee. Living a frugal life on a small missionary salary, he was able to create and fund an Earlham College scholarship to help students from overseas and from Centerville. Louise was also active in the local church and volunteered at Reid Hospital as the chaplain’s aide and at the Young Women’s Christian Association (YWCA). She helped in the 24-hour crisis line and shelter for victims of domestic violence.

The writer is a retired headmaster of ACS Sitiawan. 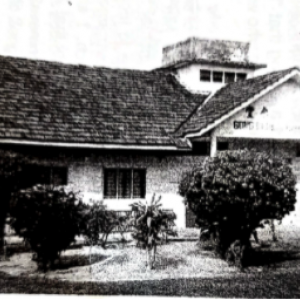 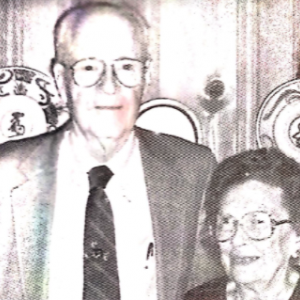