Reverend Lim Swee Beng was “born to earthly life” in China on December 11, 1911, and “born into eternal life” in Ayer Tawar, Perak, Malaysia, on December 20, 1990. She grew up in a Christian home. Her grandfather renounced Buddhism and adopted the Christian faith after he was falsely promised by a Buddhist medium that he could heal her grandmother’s illness. Reverend Lim’s father was only seven years old when her grandmother died. Her grandfather then raised her father in the way of the Lord. At the age of 17, her father married a Christian girl and Reverend Lim was one of 11 children.

The prevailing Chinese culture of favouring males over females made it difficult for Reverend Lim to receive higher education. But by God’s grace and her strong determination, she graduated with a Senior Middle Three certificate from Hwa Nan High School in Foochow, China.

In 1937, as she was about to enter the University of Hwa Nan, she became seriously ill. When the doctor gave up hope on her, she cried out: “O God, my life belongs to you. If you want me to live, I shall live. If you let me live this time, I shall not live for myself, but for you.”[1]

God heard her cry and healed her. When her brother visited her, she said to him, “I will not die because God has let me live. Now, I shall live for God.”[2] She then enrolled at the Gin Ling Bible School in Nanking (now known as Nanjing) instead of the University of Hwa Nan.

After the second Sino-Japanese war broke out, she left for Malaya in 1938 and became a teacher in Klang in the state of Selangor. While teaching, she kept hearing God say, “When are you going to live for me?”[3] Through the recommendation of her pastor, Reverend Lim Keng Leong, she was assigned by District Superintendent Reverend C.E. Fang to the church in Simpang Dua (二條路), Perak, to teach and preach.

In 1941, when Japan attacked Malaya, her teaching career came to a halt but she continued preaching. It was recorded that “Miss Lim Swee Beng, the lady preacher in Sitiawan (二條路) played an important part in keeping the church financially and spiritually sound.”[4]

After four years of voluntary preaching, District Superintendent Reverend Timothy Huang assigned her as a pioneer pastor to Sungai Petani and Alor Setar in Kedah. In 1946, she returned to China to study at Tiong Hwa Seminary in Shanghai. Her friend, Tan Phek Geok, advanced her the fare to return to Malaya in 1948 where she continued her pastoral work in Alor Setar. From there, she was assigned to Ayer Tawar and then to Kampung Cina, Perak.

Almost every male pastor in Reverend Lim’s day had a wife and children to help with his ministry. As Reverend Lim was single, her brother Way Lee’s former college room-mate in China, Ling Kee Song, promised to let her have one of his daughters and one of his sons to help her in her ministry. Ling had emigrated to Malaya before Reverend Lim and settled in Ayer Tawar, Sitiawan.

In 1950, seven-year-old Ching Ching, the seventh of Ling’s 12 children, went to live with Reverend Lim. In 1959, the writer, Daniel Hok-Pin Ling who was the ninth child and 12 years old at the time, “volunteered” to move into the parsonage with them in Kampong Cina as her adopted son. The two siblings were raised by the single mother whose nurturing and mentoring helped Daniel in his ministry when he emigrated to the U.S. in 1972.

He put the skills he learned from his adoptive mother to good use in 1991 when he was appointed by Bishop James K. Mathews to be a full-time district superintendent, supervising 61 churches in the Binghamton District of the Wyoming Annual Conference in the U.S. Daniel had observed how Reverend Lim conducted meetings with grace and gentleness.

When others had treated her unjustly, he wanted to defend her and get even, but Reverend Lim would quote Romans 12: 19: “Never take revenge, my friends, but instead let God’s anger do it. For the Scripture says, “I will take revenge, I will pay back, says the Lord.’” She was slow to anger, full of kindness and compassion. That was one of Reverend Lim’s strengths in her ministry.

She began her ministry in Kampung Cina, an outreach of the Pioneer Methodist Church in nearby Kampung Koh, Perak. Under her guidance and the power of the Holy Spirit, the satellite church became one of the fastest growing churches in Malaya. Sunday School was held in the afternoon. The average attendance was about 500. Among the many young church members who answered the call to full-time ministry were Wong Kiam Thau, also known as Wong Chong Kwong (Bishop K.T. Wong), Koo Tiong Ling (president of the Chinese Annual Conference), Stephen Eng Huat Ling, Koh Gie Bing, Ding Bing Hoe, Ling Kee Ong, Koo Sen Soi, Francis Ngoi, Kok Sing Chong, Yu Chee Huat and Yu Chea Hock.

What made this church so unique and amazing? Reverend Lim guided her congregation in following Zechariah 4:6, “Not by might, nor by power, but by my Spirit, says the Lord Almighty.”

The congregation lived and breathed 1 Thessalonians 5: 16-19: “Rejoice always, pray without ceasing, give thanks in all circumstances; for this is the will of God in Christ Jesus for you. Do not quench the Spirit.” Every evening, faithful members gathered for Bible study and prayer which was the driving force that propelled the church’s growth.

Another factor was the excellent pastoral care experienced by the members. Reverend Lim would ride her bicycle to visit members daily. Like a good shepherd, she cared and loved her sheep. Members felt her love and were divided into small groups to love and care for each other as God’s family.

She was faithful to her promise to “live for God”, who empowered her with amazing grace in her ministry. She produced the fruit of the Spirit in the lives of those touched by her ministry. Her testimony of God’s love produced “such a great cloud of witnesses” (Hebrews 12:1) that they, in turn, were encouraged to share their testimonies which inspired others to invite God into their lives.

Reverend Lim’s impact on the Kampung Cina community was such that she was respected and adored by many. Till today, Nga Hock Cheh regards her as “his beloved childhood pastor”.

Upon her retirement in 1977, she had purchased a house within walking distance of the Ayer Tawar Church in Perak. In 1990, when Daniel was pastoring the Moscow United Methodist Church in Pennsylvania, he received a telegram informing him that his mother was seriously ill at Ipoh Hospital.

He recalled: “By the grace of God, I was able to take leave to be with her in Ipoh and Ayer Tawar until her return to her heavenly home. In Ipoh, she kept asking me to ‘hurry up to allow her to go home.’ When I took her home to Ayer Tawar, she continued to ask me to ‘hurry up because she wanted to go home’. I told her that she was already home, without realising that she meant her heavenly home.”

Reverend Lim was not able to attend her 80th birthday celebration that her congregation organised on December 19, 1990.[5] Before Daniel left the house to represent her at the dinner, she instructed him to share her parting words in the Hockchiang (Fuzhou) dialect at her birthday celebration:

“My mother waited till the celebration was over before she left for her heavenly home in her sleep. God extended her life and allowed the church to celebrate her 80th birthday while she was still alive. What an amazing gift to her and to the churches she served. Now I understood why she kept saying to me to ‘hurry up, I want to go home’. She struggled to hang on as her birthday celebration would be less meaningful had she died before that. God enabled me to convey her parting words of encouragement to the congregation. I was able to stay till all the final arrangements were taken care of. Thanks be to God,” concluded Daniel.

In 1977 when she retired, Reverend Lim had bought a house within walking distance of the Ayer Tawar Church in Perak. It was in this church that she was laid in state after she died, with people coming from near and far to pay their respects to a woman who lived for God and whose impact is still felt today.

The writer is the adopted son of the Reverend Lim Swee Beng. He retired in 2014 but is currently serving as the interim pastor of the First Congregational Church, Binghamton, New York as they look for a permanent pastor. When Reverend Lim was district superintendent of the Malacca district, he would drive her to all the churches in the district, encompassing Malacca, Negri Sembilan and Johor, to conduct church annual meetings. 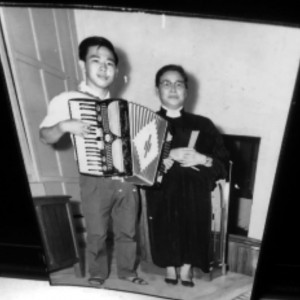